12th December, 2014 – See what you, the Community, had to say about the Kurilpa Master Plan at our Community Conversation on the 6th December – Community Concerns page

9th December, 2014 – The Qld Govt has recently introduced the new Planning & Development Bill 2014 before parliament, which affects the way development will happen and will affect everyone. It proposes an erosion of your rights in many areas under existing legislation. Please refer to the EDO’s detailed response and 4 quick summaries by following the link on our External Links page.

8th December, 2014 – The Community Consultation drop in, which happened at the Kurilpa Hall on Saturday the 6th, was very successful. Over 100 community members came along to discuss the issues of importance to them. We are now in the process of collating the feedback that we received and will get that out as soon as we have completed the process.

22nd November, 2014 – The first application for (over) development in Kurilpa has been lodged.  Is this what we want for this important area?  Use this sample to prepare a submission for the Bouquet St development

17th November, 2014 – ‘Wake’ planned for implementation of the first stage of the Kurilpa Master Plan – News and Media Release Page

12th November, 2014 – Is this what we have in store for us in Brisbane as the number of high rise increases? 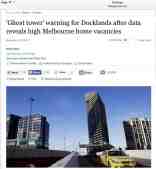 The following figures on the number of submissions on the Draft Kurilpa Plan were provided to Cr Helen Abrahams:

The draft Kurilpa Master Plan triggered a hostile petition with 1,500 signatures for better public involvement in its rushed 6-week consultation period. Now it is having its intended affect in raising land values  – and building prospects- sky high around Brisbane’s cultural heart. The price tag of $100 million for a 1.2-hectare site will put the inner city out of the reach of ordinary families and hopeful young people. It is based on prospects of 40 storey tower blocks of apartments rising from a narrow strip of open space along the Brisbane River, high above the iconic Gallery of Modern Art. Not surprisingly Parmalat is reported to be looking to Asia for this kind of money. The flawed draft Kurilpa Master Plan is thus – quite literally- casting long shadows ahead of itself. Despite lack of public support, it may become a self-fulfilling prophecy.

The first installment of the intended type of development has been submitted to the Council already with proposals for a tower rising to 30 storeys on an adjacent site in Bouquet Street. However, if enough people make their voices heard, the draft plan and the Bouquet Street towers need never be built. This precious area can instead be redeveloped for lively mixed uses of recreation, parkland, tourism and entertainment compatible with its location close to the South Bank Gardens, the Queensland Cultural Centre and the creative core of West End and South Brisbane. Concerned citizens should object now!

29th October, 2014 – Why aren’t Queensland decision-makers learning from mistakes made in other Australian cities? The title is a bit sensationalist, but the issues raised in the story are definitely worth thinking about…

Council has received a second application for the vacant land between the Go Between Bridge and Bouquet Street, South Brisbane. There is currently an approval for two 15 storey residential tower buildings on this site.
The new application is for a 26 storey tower and a 15 storey tower providing 396 units even though the City Plan 2014 still states the acceptable height is 15 storeys on this site. The justification of the increased height is the draft Kurilpa Master Plan. This demonstrates who benefits from Master Plan with the objective to cram as many people into Brisbane not planning for a world class city.

Check out the story here.

Check out the story here.